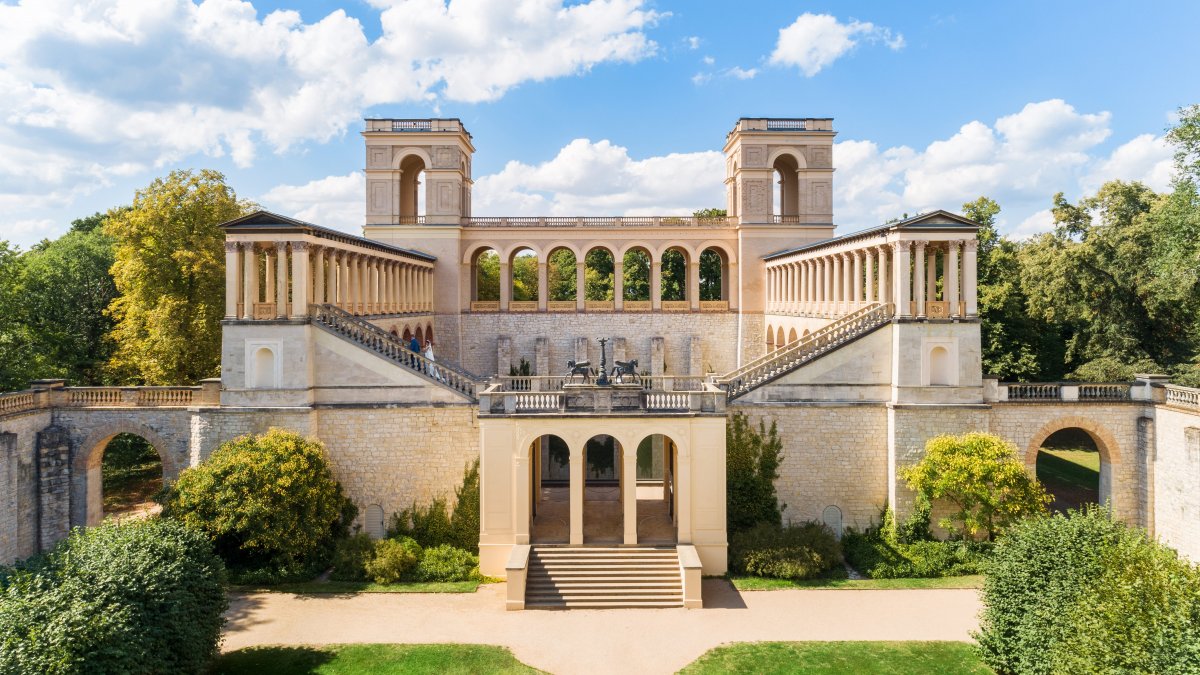 Even as Crown Prince, the future King Friedrich Wilhelm IV was enthusiastic about the breathtaking view over town and country that could be enjoyed from the Pfingstberg in the northwest of the New Garden,. The construction of the Lustschloss (pleasure palace) began in 1847 and was not completed until 1863, two years after the king's death.
Since then, the Pfingstberg has been crowned by one of the most beautiful and magnificent buildings of the 19th century - the Belvedere.

Today it is a popular excursion destination and is available to the public for a wide range of cultural uses, including open air concerts.