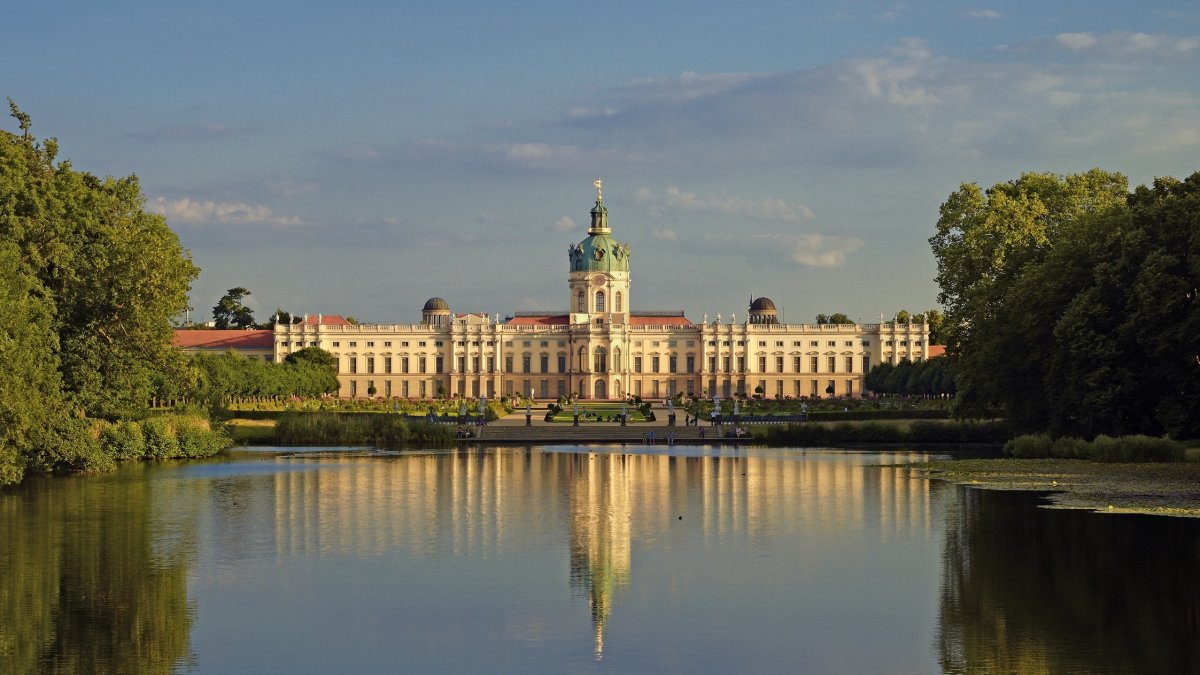 The original building of Charlottenburg Palace was built in the late 17th century as a summer residence for the eponymous, and later Queen, Sophie Charlotte. The magnificent palace complex is surrounded by an impressive baroque garden, which houses the New Pavilion and the mausoleum as well as the Belvedere, which originally served as the tea house of the court.

The park of Charlottenburg Palace formerly in the French style , was converted into a landscape garden with English characteristics in 1786 and now measures 55 hectares.

Today, Charlottenburg Palace not only invites you to go for a stroll or attend a wide variety of events , but also offers a collection of architectural marvels and masterful paintings in the French Rococo style as well as other exemplary pieces of art, especially from the Romantic and Biedermeier periods.