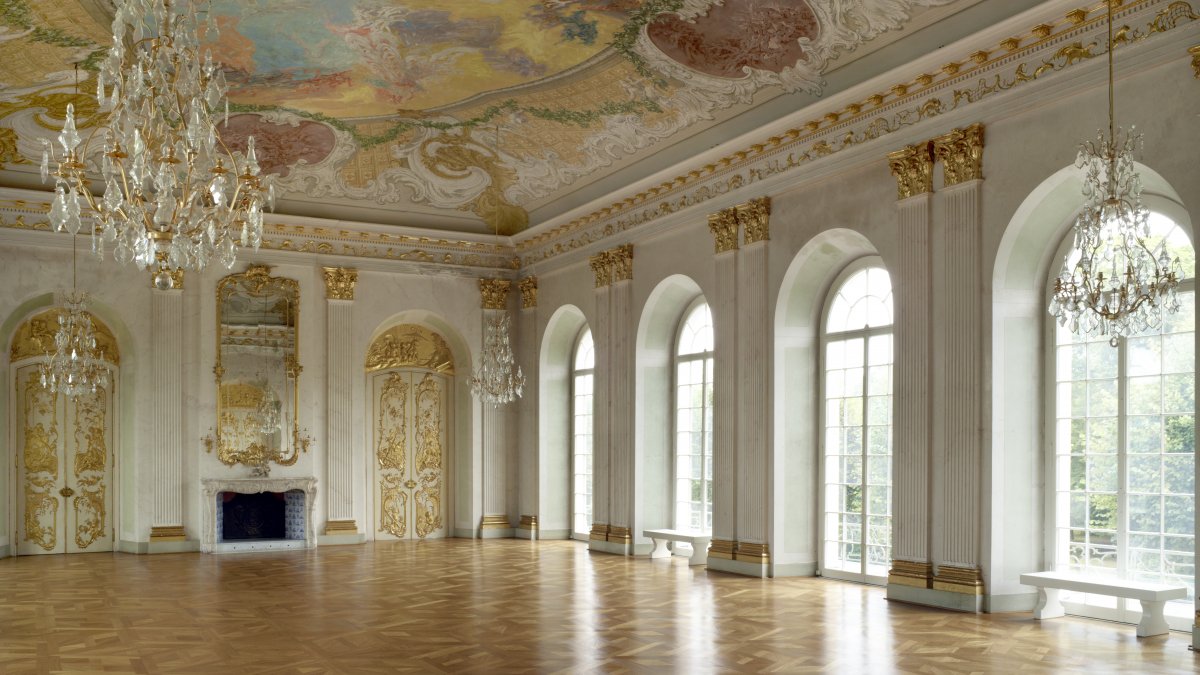 The New Wing as the eastern, independent closure of the castle was almost completey destroyed in the Second World War. Today, largely reconstructed, the palace building contains two representative ballrooms, which can normally only be visited as part of a museum tour: The magnificent Golden Gallery on the one side and the White Hall, personally inaugurated by Frederick the Great in 1742, on the other. The White Hall, formerly used as a dining room is now part of the museum andpromises royal flair and first-class acoustics.

In the other rooms of the New Wing, numerous works of art such as classicist-romantic sculptures and works of French painters can be admired today.

Please note that the White Hall is not barrier-free.